Last week marked another Fat Tuesday and while Mardi Gras celebrations were taking place in New Orleans, Louisiana, I found myself 2,000 kilometers away, with a deep sense of yearning. This longing, however, was not for the parades filling the streets with marching bands and floats, or the crowds of revelers catching beads and trinkets. My nostalgia was not for that at all. For me, the magic of New Orleans is so much more than Mardi Gras.


“America has only three cities: New York, San Francisco, and New Orleans.
Everywhere else is Cleveland.”

New Orleans was settled on the banks of the Mississippi River by French colonists in 1718 as Nouvelle-Orléans. It was ruled both by the French and Spanish before being sold to the United States as part of the Louisiana purchase in 1803. During the time of Spanish rule, the city was devastated by two great fires, the first in 1788 followed by another in 1794. Most of the simple wooden structures built by the early colonists perished in the fire and were replaced with brick when the Spanish rebuilt. In a twist of irony, virtually all the surviving architecture of multi-storied buildings, courtyards, and decorative wrought iron seen today in the what’s called the French Quarter, were actually built in the Spanish colonial style.

Once it’s largest city, New Orleans is the vibrant crown jewel of the American South. With a long and colorful history, it frequently serves as a backdrop for TV shows and movies, and is a place that goes by many names: The Crescent City, The Big Easy or NOLA (New Orleans Louisiana). But no matter what you call her, New Orleans is a city that can be anything you desire and where everything is a good idea.

On my first visit some twenty years ago, my mission, like many first-timers, was to get to Bourbon street. I had a weekend to party and that was all I cared about. I drank, I danced, I fell down and drank some more. I tried every crazy alcohol laden drink that was available and stayed up partying until the wee hours. The next day, while nursing myself back to ‘human’ with a large White Russian daiquiri, I roamed through the French Quarter, enjoying the city’s easy going open container law. That entire weekend, I never went further than those 13 blocks that run between Canal Street and Esplanade and left satisfied, thinking I had seen everything I needed to see in New Orleans. Little did I realize just how much I was missing.

“Everything in New Orleans is a good idea.”

Since that party weekend almost two decades ago, I have begun a love affair with the city, returning five more times and eager to run back once again. To those who’ve never been, you might ask, why? What is so special about New Orleans? The answer is simple. It’s easy to revisit your great love. Knowing that there are many corners of the city I have yet to explore is just one of the things that compels me to return. It’s also the anticipated joy of retracing my steps to those places that I have already discovered. It’s that perfect cup of gumbo, or finding Mardi Gras beads in the most unexpected places. It’s gazing up at the enormous live oaks as they reach across the streets and seemingly embrace the entire city in a hug. It’s the feeling of losing yourself while walking down a quiet cobblestone street deep in the Quarter, or the impromptu entertainment provided by the buskers and illusionists on Royal Street. It’s the countless artists displaying their works all around Jackson Square or discovering the hidden symbols in the wrought iron balconies. It’s the art of learning how to enjoy beignets at Cafe Du Monde and leaving without being completely covered in powdered sugar. It’s all these things and more. There is a romantic quality to this place that continues to draw me back.

With an almost endless array of itineraries to follow when visiting New Orleans, it can be difficult to know where to start and harder still to fit everything in. Below are my suggestions for four areas of the city to begin your explorations.

Six miles of restaurants, shops, cafes and attractions, Magazine Street runs between Canal Street and Audubon Park. You can easily spend a day or two strolling down the street, popping into the boutiques, enjoying happy hour specials al fresco at one of the many bars or restaurants, or refueling with a cold brew coffee and pastry. Below are some of my favorite stops on Magazine Street:

This lively neighborhood, just north of St. Charles Street, is filled with some fantastic treasures. Off the beaten path, it’s recent revival makes it a hot spot for those in the know. Some cool places you need to check out:

No trip to New Orleans would be complete without exploring the French Quarter. Here are some suggestions of amazing places to try:

Part of the romance and charm of New Orleans would be missed without a ride on one of the city’s movable pieces of history. Of the four lines, the St. Charles is the world’s oldest operating streetcar line and my personal favorite. For $1.25 one-way, all the sights and sounds of St. Charles Avenue can be enjoyed, starting from the edge of the French Quarter all the way down to South Carrollton Avenue. Sit back and relax as the streetcar slowly rumbles across the six miles of track, passing under the tunnels of ancient live oaks, and past the large antebellum mansions of historic Uptown. Ready to stretch your legs? Then hop off at the Audubon Park. Comprised of 350 acres, it has multiple pedestrian trails, a nature center, aquarium and is also home to a rookery, making it one of the best birding spots in Greater New Orleans. For an entirely different view of the city, ride the Canal Street line out to City Park. Reopened in 2004, after being replaced by a bus line in 1964, the Canal Street line has air conditioning and wheelchair access. When you arrive at the park, enjoy the various galleries inside the New Orleans Museum of Art, take a walk through the botanical gardens, or rent a bike and tour around the miles of paved paths through the 1,300 acres.

No matter when you decide to visit this timeless city, whether it’s for business or pleasure, to join the drunken debauchery on Bourbon Street or to simply be enchanted by the southern hospitality, I have no doubt that you’ll fall in love with all that New Orleans has to offer. Laissez les bon temps rouler! 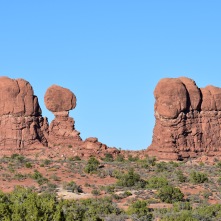 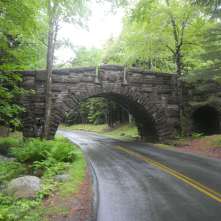 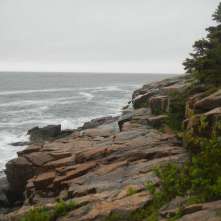